A key feature is a network called Regional Bikeways that link together communities within St. Bernard and St. Bernard to its neighboring parishes. The regional network includes two major multi-purpose trails – the 14 – mile Mississippi River Trail and the 26-mile 40 Arpent Trail both encircling the urbanized portion of the parish. The plan identifies collector streets that will bring people to the Regional Trails and 17 trailheads that will provide access. It also includes a new major trail called the Chalmette Battlefield Trail that will connect the Chalmette Battlefield to the Wetlands Observatory and Boathouse at the 40 Arpent Canal.

The new plan was funded by a $40,000 planning grant to St. Bernard Parish from the Regional Planning Commission for Orleans, Jefferson, Plaquemines, St. Bernard, St. Charles, St. John, St. Tammany and Tangipahoa Parishes. President McInnis said, “I’d like to thank the Regional Planning Commission’s Executive Director Walter Brooks and Karen Parsons of his staff for the tremendous support they provided in preparing this new plan”. The technical work of the plan was guided by a consultant team which included Soll Planning of New Orleans and Alta Planning and Design of Portland, Oregon, and a 17-member Technical Advisory Committee. The planning process included two public meetings where the public provided valuable suggestions for the new plan.

In addition to the regional bikeways, the plan identifies a 79-mile local network of streets designed to help bicyclists reach the regional trails and local destinations such as work sites, shopping areas, schools, transit routes, and parks.

Lastly, the plan incorporates the Parish’s new Complete Streets Policy adopted in 2016 and identifies 47 miles of sidewalks that need to be installed or improved and 56 specific pedestrian crossing improvement projects.

The Parish has already received approximately $2.5 million in federal and state grant funds to build the projects identified in the plan and will be applying for additional grants to fund additional projects in the plan.

A copy of the newly adopted plan is available on the Parish’s website under the Public Information tab and under the Bikeways and Trails heading. This website will also feature key updates on the Plan’s implementation. 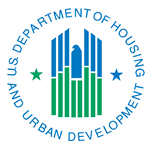